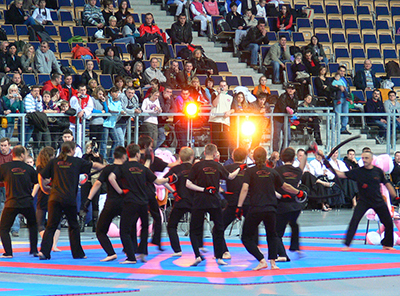 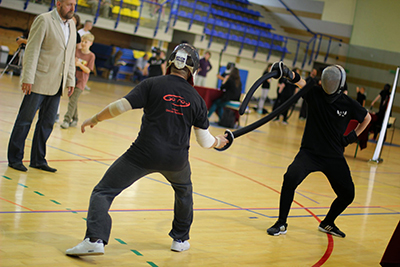 We share different techniques during Go-Now tournaments and championships 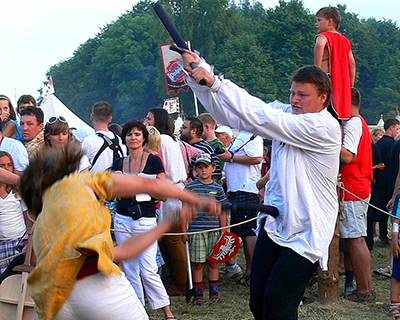 We run workshops during Grunwald – a big reenactment event in Poland 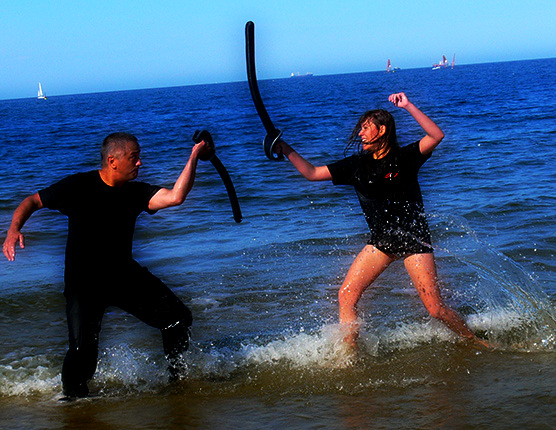 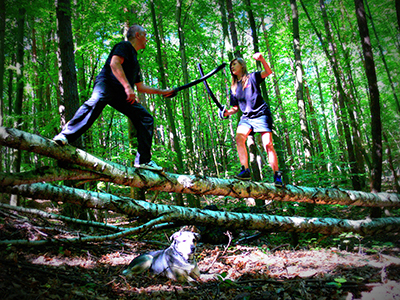 Safe weapons can be trained in different conditiones 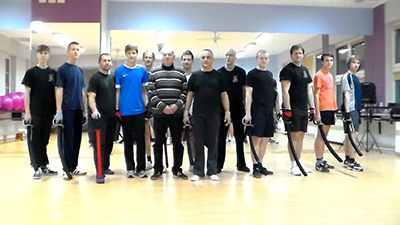 What we call Go-Now Fencing here, is fencing with all kind of singlesticks* alike Go-Now. The rules of such fencing are diversified in reliance to preferences and purpose appointed by each fencing group. It could be for example recreating ways of use for white weapons over a span of centuries, working out a duel choreography, sport competition in different conventions, Go-Now System*, etc. And it could also be playing, fencing for fun.

This fun, which we initiated in year 2000, is as per to our concept, transforming into independent sport. There have already been held twelve championships, apart from many smaller tournaments. And they all are thriving in the fencing environment. Rules of duels on such events are still evolving , striving toward transparency and attractiveness for contestants and audience. More about championships HERE

Initially they were sticks with a guard to protect a hand, used to train fencing.
Go-Now singlesticks have a characteristic feature, they are covered with amortising foam, that enables safe practice without any protection at all.

Live video streaming was transferred on Saturday 18th and Sunday 19th of January 2020 from our 12 th Go-Now Weapon Championships in Historical Fencing in Łódź/Poland from field no 1 and and field no 2 (there were 7 fields). This year's Championships were slightly...

Be here and join us by watching the Championships in sabre and sword training weapon. Live Broadcast on 27th of January 2019 at 10 am till 7 pm. It will be available later also.

11 th Championships – drop in and get some duelling done

We would like to invite you to Go-Now Weapon Historical Fencing Championships in Sabre and Sword set in Łódź/Poland. We will meet on 26th of January 2019 on eliminations and on 27 th on finals. Everyone is welcome - it doesn't matter if you started training just now...

Go-Now System
It’s a sport fencing system, which refers to Polish duel sabre. Main assumptions of this system are:
• During trainings and contests Go-Now singlesticks are being used
• Opponents fight in “white shirts”. It means they don’t have to dress in protective armour, and what’s more, they don’t have to hit hard
• The trainings, competitions, lifestyle are based on knightly ethics and ethos. We mean such values as honour, good manners and fairness in a fight
• On trainings particular attention is paid to symmetrical progress of right and left side. Also on tournaments we use both sides.
• We work our way to attractive team competition
• Popularizing Go-Now fencing in Poland and all around the world.
• International exchange between fencing groups, also between polish fencing groups
• Adopt Go-Now fencing as a rehabilitative method for disabled
Go-Now fencing can be successfully pursued, as a sport or play, both, by children (from about three years old) and by adults.
General, sample outline of a training session in Go-Now system in our sections:
-participants and the coach form a circle and make fencing salute with their sabres. Then they sit down and the coach discusses objectives for the training session and all other matters required before the training commences.
-Preliminary warm-up
It is intended to prepare organism for physical activity and increase general physical abilities (strength and mobility). To diversify and enrich exercises we often use dance and other plays.
-Specialized warm-up
It is intended to prepare for strains specific for fencing and practicing reflex.
-Technical fencing exercises:
footwork, hand movements in guards and cuts, diverse exercises of attacks, ripostes etc.
Such exercises are particularly popular with young participants because they resemble fights seen in movies. They have, however, vital practical application because they improve and consolidate fencing techniques.
-Individual and team sparring fights
-A training session always concludes with a farewell salute in a circle, similarly to the opening of a session. 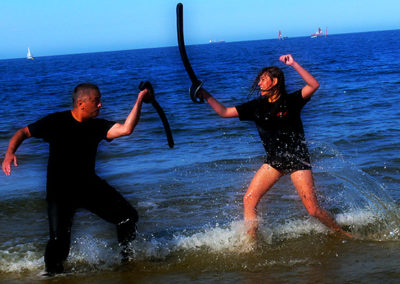 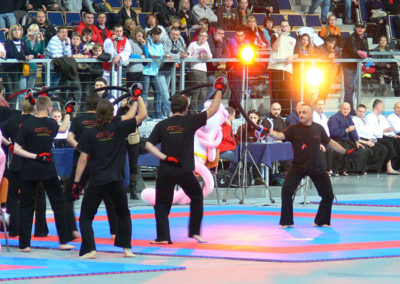 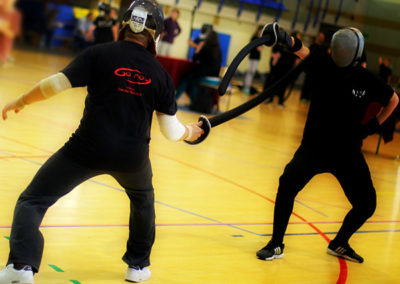 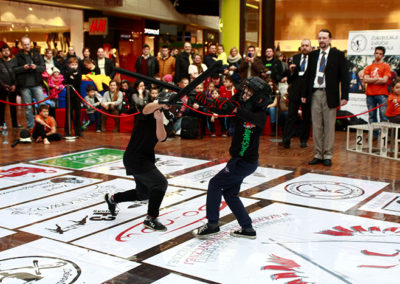 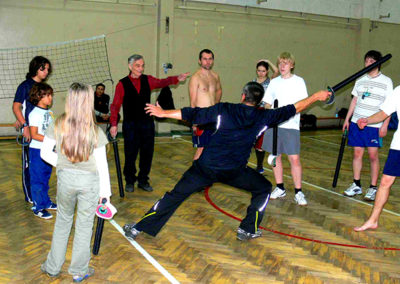 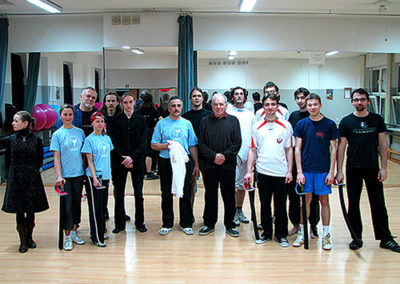 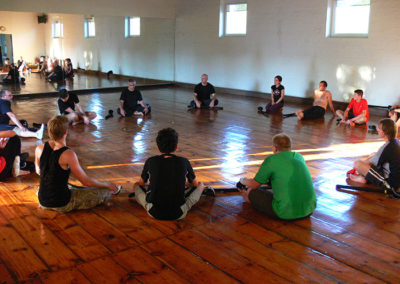 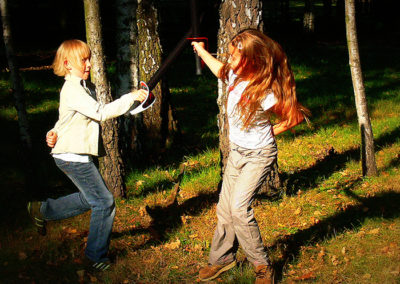 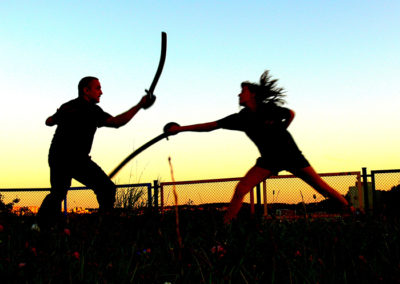